Antioxidants in Tea - Where It All Starts

Tea is quickly gaining ground over coffee.  Even Starbucks is bucking up its tea menu.  And one compelling reason is where all the health benefits of tea starts – in the antioxidants in tea, called polyphenols. There is research showing that smokers who drink four cups of tea regularly have less incidence of DNA cell damage.  Best to quit smoking for sure, but the fact that tea can even help undo cell damage done by smoking is pretty spectacular. 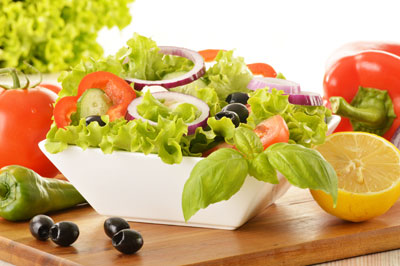 What do antioxidants do exactly?

It all starts with the bad guys:  free radicals.  They are everywhere, including in the air we breathe.  Every moment, your body absorbs oxygen and turns it into energy in a process called oxidation which then releases free radicals.  As we age, our bodies become more inefficient at “mopping up” free radicals through the use of antioxidants.

These free radicals damage cells and DNA, which in turn increases your chances of degenerative diseases such as cancer and heart disease.  Those wrinkles you see?  This is damage done by free radicals.  Antioxidants help eliminate these free radicals by neutralizing them, thereby slowing the aging process.   They heal at the deepest cellular level.

So you can not overdo it when you are feeding your body antioxidants.  And tea is an excellent source.

Among the antioxidants in tea, EGCG (Epigallocatechin Gallate) stands out.  This appears to be the antioxidant most responsible for the research connecting tea with additional health benefits such as:

What is amazing about EGCG is how it compares to other antioxidants we have all heard of.  In comparison to resveratrol, the main antioxidant in red wine, EGCG is twice as powerful.  It is also at least 100 times more powerful than vitamin C.

Another powerhouse that tea has in its arsenal is a simple form of flavonoid known as catechins.  This is another antioxidant that appears to help the Japanese and Chinese, the world’s biggest tea drinkers, to have much less incidents of heart disease and certain cancers, than we in the Western world suffer from.  One cup of green tea contains a whopping 200 milligrams of catechins, which is the equivalent of 8 apples!

But that is not all.  Tea also contains a host of other chemicals which facilitate its antioxidant activities, including gallic acid, carotenoids, ascorbic acid (vitamin C), tocopherols, and also minerals such as chromium, manganese, selenium, zinc, potassium, and vitamins B1, B2, and B6.

There is research showing that smokers who drink four cups of tea regularly have less incidence of DNA cell damage.  Best to quit smoking for sure, but the fact that tea can even help undo cell damage done by smoking is pretty spectacular.

GREEN TEA has been found to contain between 30 and 40% of water-extractable polyphenols, while BLACK TEA contains between 3 and 10%.  OOLONG TEA falls somewhere in between.  The reason for this difference is fermentation.  Green tea leaves are not as fermented as black tea, and oolong is a semi-fermented tea.  So, fermentation appears to affect the antioxidant quality of the tea.  Still, the good news is that all teas appear to have antioxidant effects on the body. This is great news, as sometimes it is just a black chai tea with a dab of milk kind of day.

What a cost effective, and enjoyable, way to detoxification drinking tea is!