Arthritis, Alzheimer’s and other fascinating findings about Tea

As if we didn’t need any more reasons to drink tea on a daily basis, how about drinking it for joint health, neurological disorders, bone and teeth health, dehydration, and for basic immunity?  Read below about the amazing correlations between tea and other health benefits. 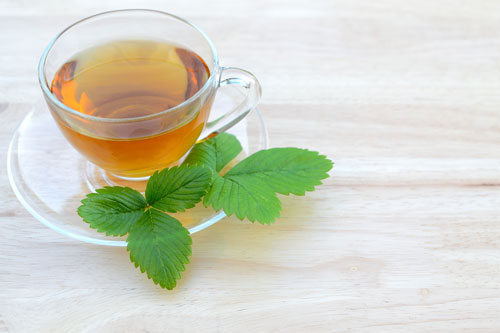 Of those who drank tea, 44% became arthritic.  Of those who did not drink tea, 94 % came to suffer from arthritis.  And the mice that did drink the tea did not have as severe of a form of the disease as the others.  It definitely sounds like tea made a difference!

The anti-inflammatory properties of the antioxidant EGCG (Epigallocatechin Gallate) in the tea apparently makes it the perfect remedy for those who suffer from this disease.

ALZHEIMERS and PARKINSONS’S DISEASE and TEA:

Tea consumption has been found to be inversely correlated with the incidence of dementia, Alzheimer’s disease, and Parkinson’s disease.  Tea drinking Asians are less likely to suffer from age-related neurological disorders compared to Europeans and Americans.

A study on rats found that green tea prevented the breakdown of nerve cells in the brain that are responsible for producing dopamine, which coordinates body movement.  This provides hope for the Parkinson’s patient.

A study by Dr. Mandel involving mice and tea extract, equal to 2 to 4 cups per day, found that EGCG prevented brain cells from dying, and reduced compounds that lead to lesions in the brain.  She induced Parkinson’s into the mice, waiting till the damage was evident.  Then, she administered EGCG, and the result was that it not only prevented further deterioration, but helped to regenerate the already damaged neurons in the brain.

This was pretty amazing, since for a long time scientists thought that damaged brain cells were imparable.

These findings bring hope to millions of Parkinson’s and Alzheimer’s disease sufferers.

Mandel is so impressed by the healthful properties in tea that she now drinks 4 cups per day!  And according to her, she likes two cups of GREEN TEA, and 2 cups of  BLACK TEA, every day.

For both Parkinson’s and Alzheimer’s patients (and other neurodegenerative diseases), a study in Germany has found that EGCG seems to change potentially harmful proteins into proteins that are not detrimental to the brain.  This research could be used to help prevent the formation of amyloid plaque, which is commonly seen in the brains of these patients.

BONES AND TEETH and TEA:

Studies have found that drinking at least 2 cups of green tea per day helps preserve bone density and reduce osteoporosis risk, perhaps attributed to the many beneficial phytochemicals found in tea.

The tannins in tea may also help keep plaque at bay.

Since coffee tends to increase trips to the bathroom, it was thought before that caffeine must be a diuretic.  New research has shown that the only time caffeine becomes a problem as far as liquid loss is when more than five or six cups of a caffeinated beverage are consumed at one time.

"Drinking tea is actually better for you than drinking water. Water is essentially replacing fluid. Tea replaces fluids and contains antioxidants so it's got two things going for it", said Dr. Ruxton.

Tea fights the cold and flu.  It contains antigens which prepare us for bacterial invasion.  A study on black tea drinkers found that 5 cups of black tea a day increases immunity.

Another study conducted by US microbiologist Milton Schiffenbauer, of Pace University, found that caffeinated green tea is better than caffeinated black tea at fighting viruses.

A breakthrough study in 2007, conducted by Dr. Orhan Aktas from the Institute of Neuroimmunology, in Berlin, revealed for the first time that green tea may one day help to cure multiple sclerosis (MS).