We and many people that we know have a history of diabetes in the family, so finding a link between such a simple health regimen as drinking tea and prevention of this debilitating illness was very encouraging. 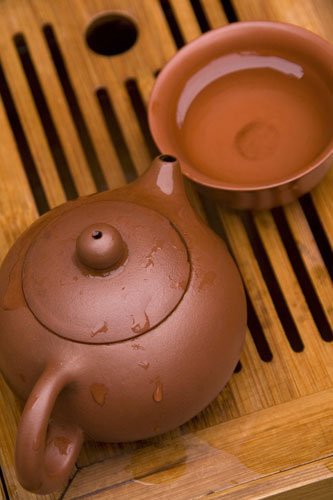 Among the scientific studies done, research has found that GREEN TEA and OOLONG TEA is particularly helpful in diabetes when it comes to the tea compound ECGC (Epigallocatechin Gallate).  And with BLACK TEA, the active ingredients are the tannins and theaflavins.  All these active ingredients help regulate blood sugar levels through increasing insulin activity as well as promoting glucose metabolism.

How does this work?

What happens is the compounds in the tea inhibits an enzyme called alpha-glucosidase, which causes glucose to be absorbed more slowly from the small intestine into the body.  This helps prevent the spike in blood sugar which those with Type 2 diabetes commonly experience following a meal.

Another study we found compelling was the one conducted by Ernst Schaefer at HNRCA’s Lipid Metabolism Laboratory.  Eight volunteers with type 2 diabetes found that their blood sugar levels dropped by 15 to 20 percent after drinking 6 cups of tea per day for 8 weeks.

With the rising epidemic of diabetes, it seems that drinking tea on a regular basis is smart prevention!